Debra’s passion for art began with a love for horses and the culture of the American West. From age nine she immersed herself in the creative process of drawing, then painting the subjects she loved. In 1987 she was fortunate to see renowned wildlife artist Robert Bateman’s Smithsonian Museum exhibition, which profoundly inspired here to expand her own subjects to include all of the wild and natural world. Another major influence that same year was her marriage to an avid outdoorsman. Together they explored remote wilderness locations from the awesome spectacle of Yosemite, the Grand Tetons and Yellowstone, to the vast rugged landscape of Alaska and the jeweled glacial lakes of the Canadian Rockies. They explored the wilds that can only be seen while backpacking. Much of her inspiration has come from those incredible experiences, and new travels that continue to fuel her creative drive.

Over the years, Debra’s painting style has been influenced by other artists, including Anders Zorn, John Singer Sargeant, Joaquin Sorolla, Richard Schmid, Bob Kuhn, Howard Terpning and Greg Beecham. She is captivated by light and color, which are more often the subject in her work than anything else. She no longer strives to portray tight realism, instead preferring to suggest it wherever possible.

A self taught artist, Debra has been juried into many shows and museum exhibitions since 1993. She has received numerous awards and has been featured in books and magazine articles.

” The greatest joy in art for me comes from the initial spark of inspiration, followed closely by a sense of completion with each new painting. I simply love what I do.” 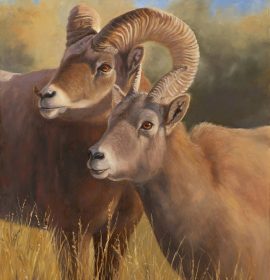