There are many colorful stories of how the Mountain Oyster Club came to be. There is probably a thread of truth in most of them. The most common versions say that it was begun by a group of cowboys, playboys, ranchers, polo players, race-horse types, and others whose unacceptable behavior had gotten them thrown out of all of the respectable establishments in Tucson. Whether the real reason for its’ creation was to give ranchers and their wives a place in town where they could feel at home in their boots and Levi’s and shoot out the lights without offending the rest of the membership or some other less interesting purpose, we know it began in 1948.

A group of six men have been given the blame or credit as the case may be for creating a list of original invitees. 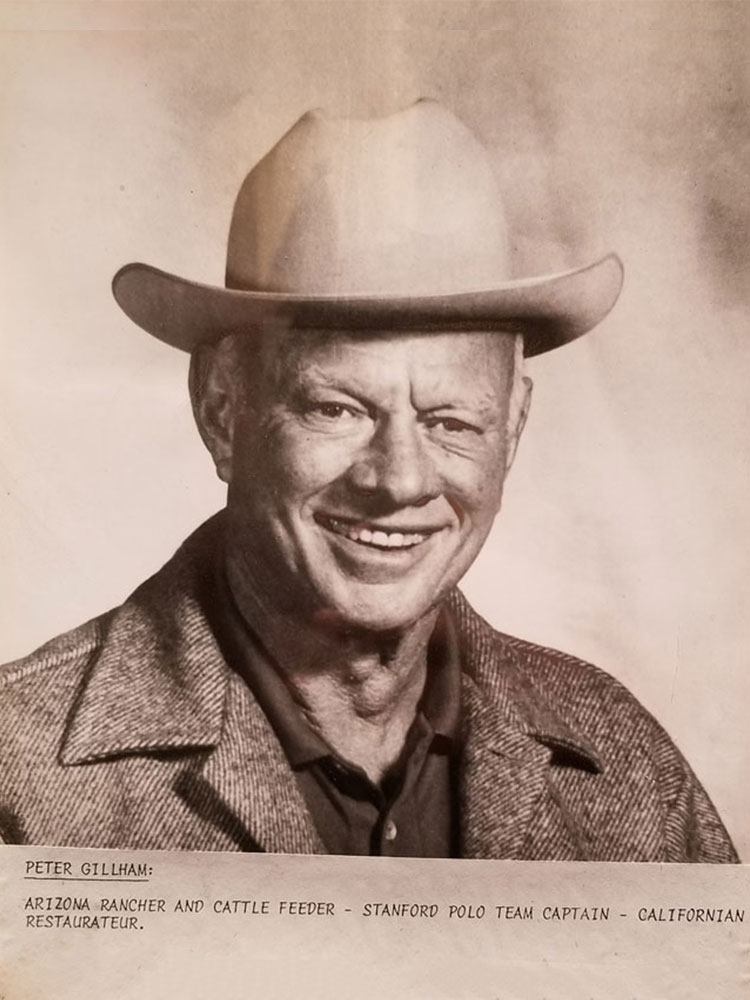 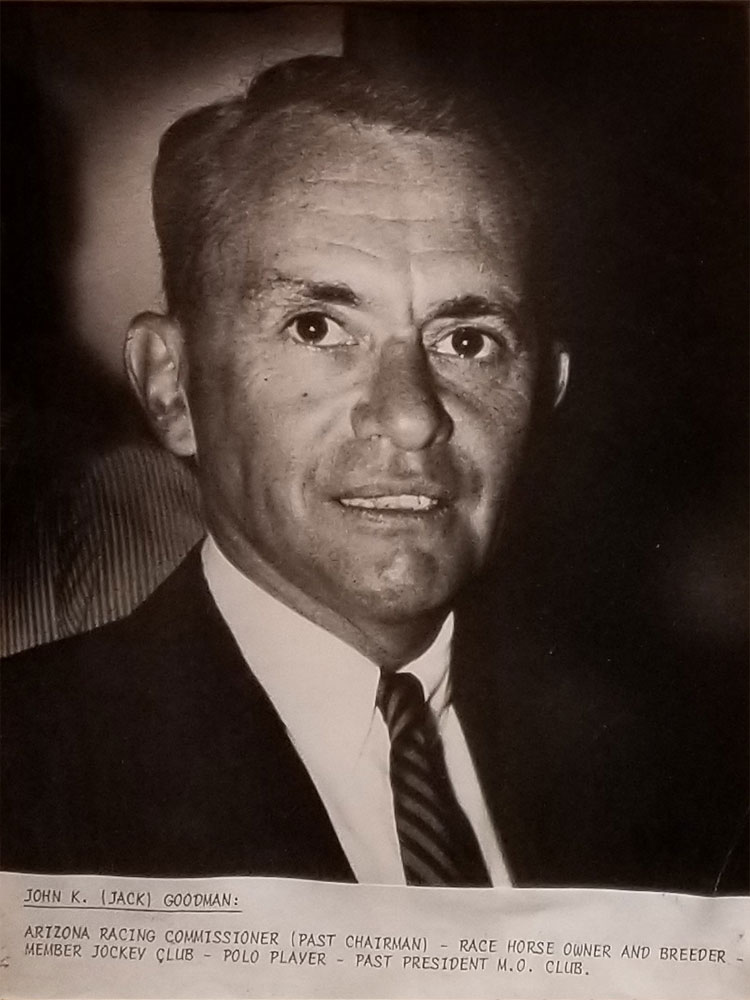 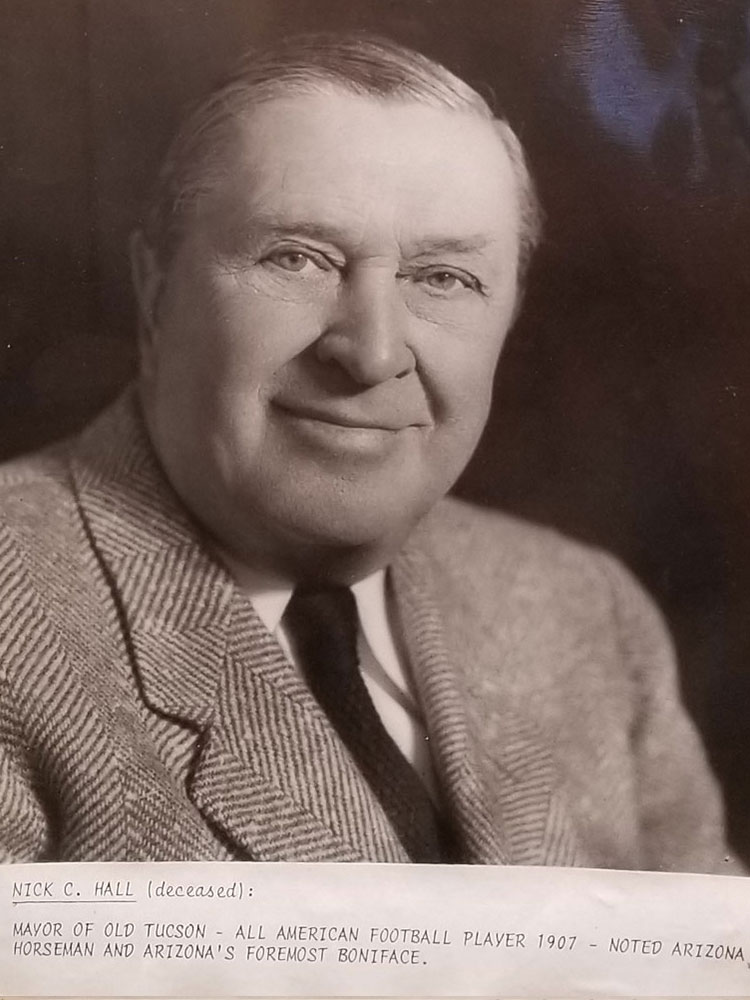 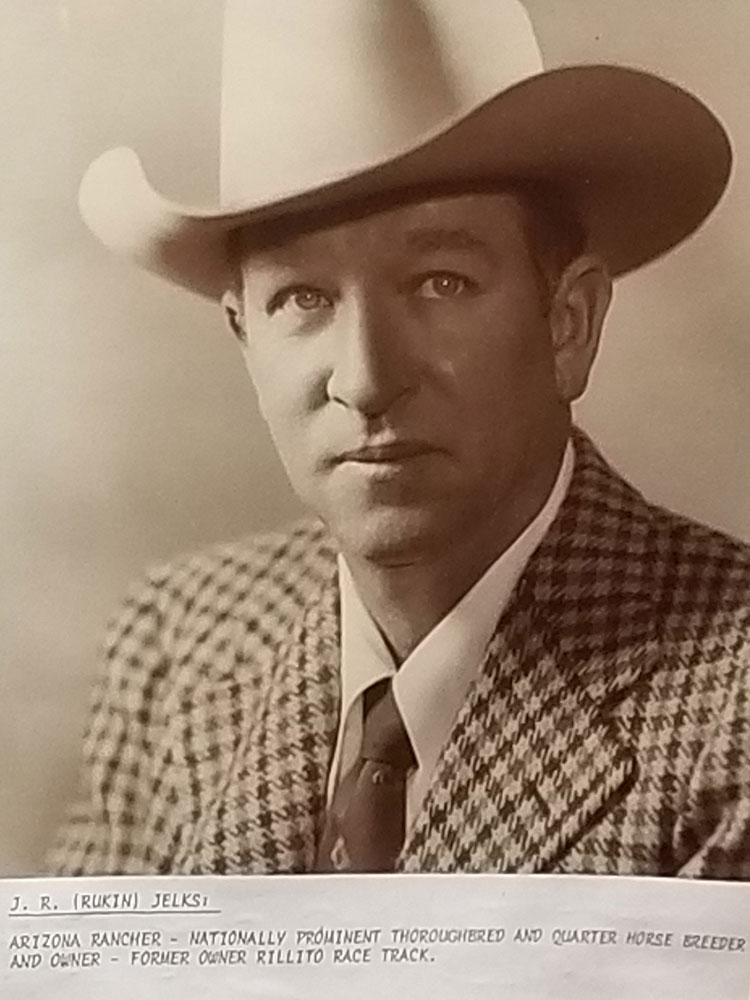 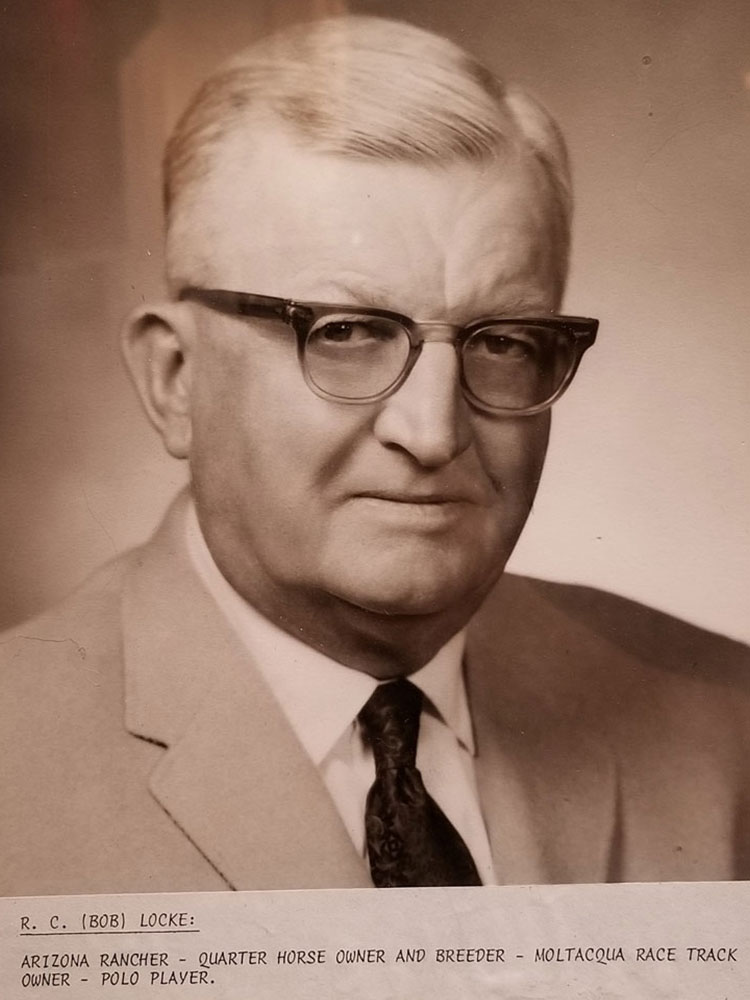 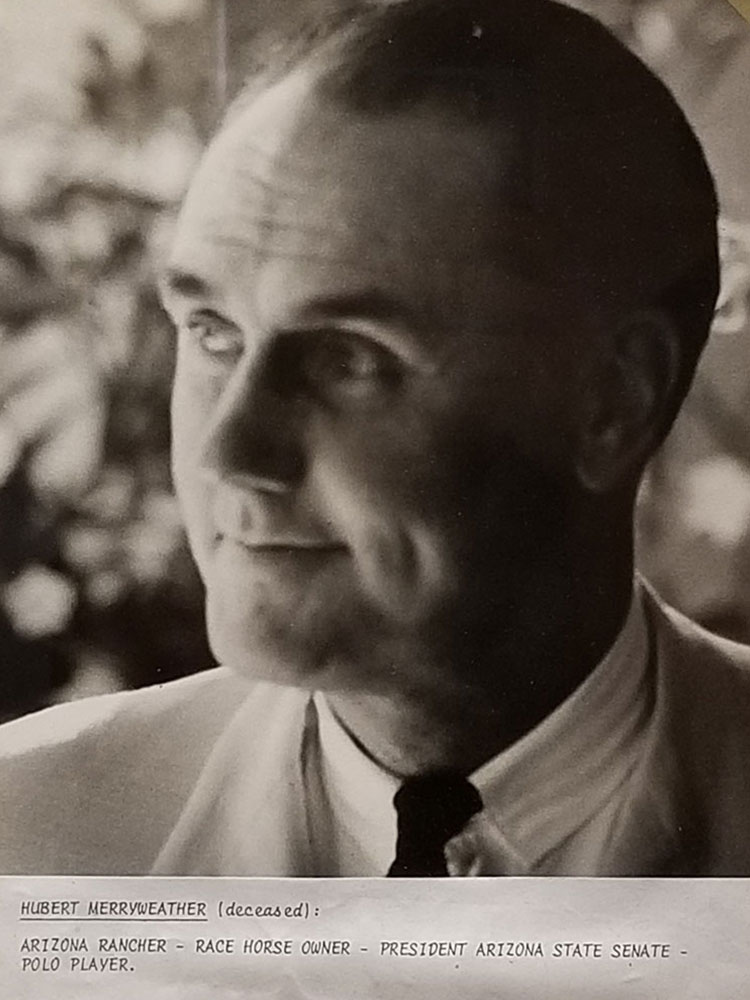 The club opened for business November 1, 1948, in the basement of the Santa Rita Hotel in downtown Tucson, a location deemed “The Passion Pit.” The club was relocated to the neighboring Pioneer Hotel in 1965. The Mountain Oyster Club was forced to find a new location ten years later when the Pioneer Hotel ceased operations. After extensive renovations, in November of 1975, the club reopened in the historical Jacome home, then owned by well know accountant and member, C.T.R. Bates. This mansion at the corner of Stone Ave. and Franklin became the home of the M. O. Club for the next 30 years. In 2003, with another lease renewal looming, the club sought a place to purchase, the investment of a permanent home for the Club. Unable to negotiate the purchase of the current facilities, the search began for a new home; a historical building and ample parking were the top priorities. In January 2004, the Mountain Oyster Club moved out of downtown to its current location near Speedway and Wilmot on Tucson’s Eastside. The new facilities house the club and several commercial rental spaces.

The new home of the Mountain Oyster Club has a long rich history of its own. It was originally built as a home for Miss Florence L. Pond, daughter of a distinguished lawyer in Detroit. The building, called Stone Ashley, was planned by Grosvernor Atterbury, a well-known New York Architect. It was constructed of block and native fieldstone by the M. M. Sundt Construction Company for a price of $67,000. The estate consisted of 318 acres that extended approximately one mile on Speedway and a half mile along Wilmot. Approximately 20 acres of beautifully landscaped grounds surrounded the 17 room residence, the rest was natural desert. Miss Pond made Stone Ashley and the grounds available to servicemen and other groups in the area during WWII for concerts, other programs, and swimming.

In 1947, Miss Pond put the property up for sale with an asking price of $300,000 unfurnished, and eventually sold it for $200,000 including furnishings. After approximately $400,000 in renovations by architect Bernard J. Friedman and the M. I. Poze Construction Company, which included the addition of a third floor to the main building and other building improvements, which would house up to 80 guests, it opened in 1949 as the El Dorado Lodge. Also added at that time, were tennis courts, a heater for the pool, putting greens, badminton courts, shuffleboard courts, horseshoe pitching facilities, an 18 hole golf course, horse stables, corrals, and a residential community.

The El Dorado Guest Lodge promoted its self as a place “…where breathless scenery, age-old traditions and the pleasures of today combine…”

It later became the Palm Court Restaurant before being purchased by Charles Kerr, former maitre d’ of the Tack Room Restaurant and opening as Charles Restaurant in 1979. Charles attempted to return the mansion to its original English manor style with slate floors, wonderful fireplaces, and a beautiful beamed ceiling. He was also responsible for the addition of a first class kitchen. What had once been elegant guest rooms were now offices for various Tucson businesses. In 1984, an additional 2 story office building was added to the northeast side of the existing buildings, which copied the style and materials of the original structures.

Most recently, for a period of about 2 years, the original mansion housed a French restaurant that went by the name of the original home, Stone Ashley.

While many changes have taken place over the years, much hasn’t. You still enter the property by way of the tall Italian Cypress lined road and the original paneled front door of the Pond mansion, believed to have cost $1,500 in 1936. A few of the fruit trees remain from what was a family citrus grove of grapefruit, sour orange and olive trees. To the right of the front entrance, the bath house with 2 dressing rooms still remains although the pool has been replaced with a parking lot. Many of the decorative gardens, fountains and other exquisite touches that made this estate one of the show places of the southwest can still be found inside and out.

Likewise, the Mountain Oyster Club prides itself in holding true to its rich heritage. Many of the original “Los Viejos” are no longer with us, but the M. O. Club has attracted a colorful array of westerners that hold true to the club’s traditions. You will still find the custom woven carpet, good ‘ol boys in the bar willing to share a story or two, and your right to wear your blue jeans and park your pickup or stock truck in the lot as well as the motto “cerveza y huevos para todos.” Changing times are even dealt with by applying the swift old western style of justice, as those who have allowed their cell phones to ring have found out, when they picked up the tab for a round of drinks. Also unchanged, is a collection of fine western art, southwestern hospitality, fine wines and spirits, and an enticing menu that includes fine cuts of beef prepared to satisfy the palates of those that know a thing or two about whence it came and how good it can be when it is prepared correctly. 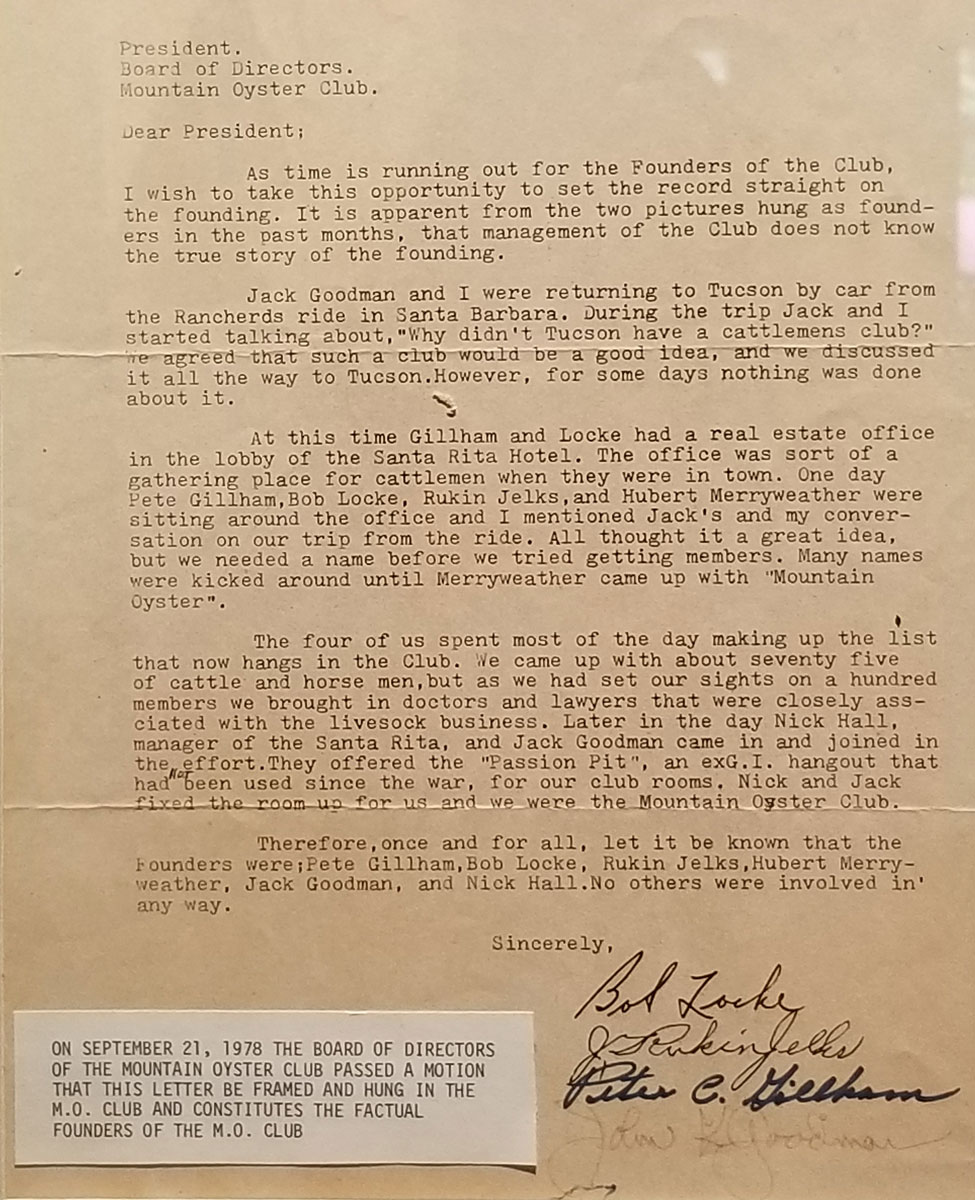