Ken was born and raised in Arizona. He was influenced by drawing and painting with his mother, but his first foray into wildlife art was as the owner of a taxidermy business in Phoenix. In 1987, Ken took a community college sculpting class, and he sculpted his first wildlife bronze the same year. By 1995, he had closed the taxidermy business and moved to Sedona to immerse himself in an art community. Ken and his wife Monica opened their first gallery, Rowe Fine Art Gallery, in Tlaquepaque Arts & Crafts Village in 2010.

The scale of Kens work ranges from small maquettes to large monuments. Over the years, he has been recognized by the Society of Animal Artists, Mountain Oyster Club, Western Artists of America, Phippen Museum, Desert Caballeros Western Museum and Sedona Arts Center. His work has been featured in Art of the West, Western Art Collector, Southwest Art Magazine and Sedona Monthly.

Ken Rowes bronze wildlife sculptures confidently portray the majestic wildlife of the American west as well as the cowboy and native cultures that have informed this part of the country. Every application of Kens clay has a purpose, defining the subject matter and telling its story. He has become known for his anatomy, composition and, most importantly, the expressive life one can see in his pieces. For thirty years, the scale of his work has ranged from small maquettes to large monuments. When viewing Ken’s bronzes, one can readily see the history of his life and the reverence he has for animals.

In the visual sense, when one views my art, he or she should be able to feel the rugged beauty of the Southwest and the vitality and diversity of its people, says Ken. It is difficult to explain the exhilarating feeling that I experience when I have an image in my mind and, with every application of clay and every flick of my palette knife, a 3-D likeness of this mental image takes shape right before my eyes. This is my reward for many years of hard work, and I relish it. 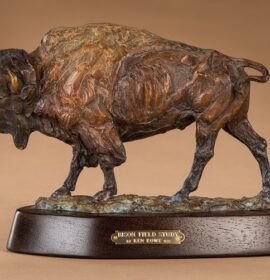 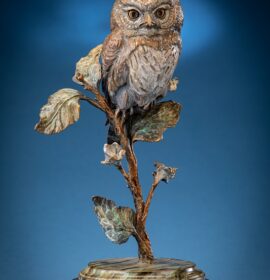 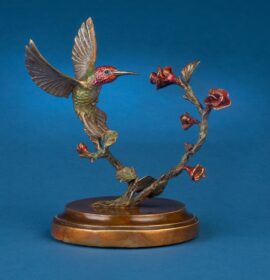