Pedro Ramos was born in San Sebastian, the Basque region of Northern Spain. He began drawing and painting at a young age and continued expanding as an artist doing illustration and comics. Some years later, Pedro pursued his artistic career as a traditional animator in the motion picture industry, working in prestigious studios in Spain, Paris, London and then Los Angeles. During his career, Pedro acquired an extensive knowledge of motion and gesture. He is able to capture the feeling and emotion of a story in a single frame, leaving the viewer to imagine the completion of the movement.

While working and living throughout Europe, Pedro became highly influenced by the classic art of the Great Masters. He took every opportunity to immerse himself in the works of his favorite Renaissance Masters.
As an artist, the sense of design of all Indigenous Peoples of the world has always been an inspiration. I do what excites me, that is the essence of my work. I love what I do and get to do it every day!

Pedros art develops from an idea, which often captures and freezes a crucial moment in time. The moment may be intense, dynamic or flowing.

Having a strong affinity for dynamic action and an admiration for the free spirit, I use these elements to help my pieces tell their stories. My intention is to evoke stillness in the viewer while my art is moving with motion and emotional depth. I pay homage to the Indigenous People of the world, with the highest respect and admiration by creating what I visualize. 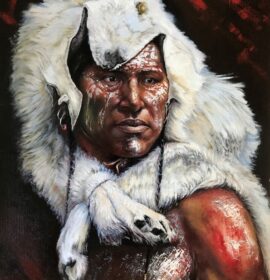 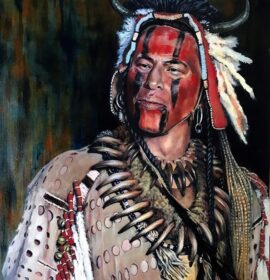