Mittag was born in West Texas and grew up in southeastern New Mexico. His first real exposure to art was a feed store calendar that came to his family’s house each year, filled with reproductions of artwork by Charles M. Russell and Frederic Remington. On days he wasn’t out wandering on the prairie, he would sometimes make pencil sketches of the cowboys and horses on the calendars, not realizing those sketches were the first step on a path to an art career.

With a bachelor of science degree from New Mexico State University and graduate studies at UCLA behind him, he worked as a health-care administrator in Texas. He and his wife, Jeannie, would travel the rodeo circuit on the weekends, living the cowboy dream. Mittag made a name for himself in team-roping competitions, and between events, he would sketch the things around him. His wife noticed that these doodles were always snapped up by the first person to see them. Due to health reasons, he could no longer compete on the rodeo circuit and left with too much spare time and little to fill it, he started turning his rodeo memories into pencil sketches. Jeannie bought him oil paints and brushes for Christmas that year, which created the spark for his artistic career.

Since then, the primarily self-taught artist has painted with the best and taken workshops over the years to improve his technique. One year, he went to Kansas to see his sister and met John D. Free, a well-known western sculptor and one of the original members of the National Academy of Western Art (now called the Prix de West). Later, his sister told him the sculptor had called and wanted to buy one of his paintings. Mittag decided that if Free felt his work was good enough to own, then maybe his talent was good enough to be taken seriously.

Today, Mittag is represented by 10 galleries across the country, has exhibited in such places as the C.M. Russell Museum in Montana, the Gilcrease Museum in Oklahoma, and the Albuquerque Museum in New Mexico. 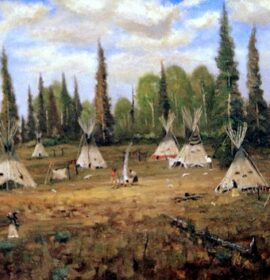