Born in Iowa just before the midpoint of the 20th Century, Terry Miller’s professional career as a fine artist began in 1990 after ten years of teaching in Special Education and before that, a dozen years of involvement with architectural design in New York City.
During those years, he worked at honing the skills he was born with as well as those refined in art school by working in ‘off hours’ on drawings based upon many travels throughout the world and the North American continent. Seven trips through Africa, from the 70s through 2001, built up a huge reference file of sketches, photos, and memories which he drew upon for most of his work during his first ten years as a professional.
After a two-year residency at an art museum just outside of New York City, he moved to Maryland in 2001 where new inspirations, brought about by exposure to the more domestic side of nature and the animal world as observed in the hills and valleys of the central and western counties of the state, have become the basis for much of his current studio work.
Working exclusively in various grades of graphite, he continues to portray his firsthand experiences in the field through delicate line work and strong textural contrasts that predominate in his chosen black and white medium. Over the last several years, a number of his works have been spotlighted and included in the last four volumes of North Light Books’ ongoing series, Strokes of Genius: The Best of Drawing. During the summer of 2008, the Woodson Art Museum in central Wisconsin honored Terry with a solo exhibition, Unknown Bridges, which included almost forty of his works based upon the more abstract nature of bridges and their structure juxtaposed with subjects from the animal world.
He continues to explore new possibilities in his works, most recently by beginning to include the human form in his compositional ideas, and by introducing subjects more associated with the mountains, deserts, and landscapes of the western part of our country. Locally, his works continue to be shown at McBride Gallery in Annapolis and on the eastern shore in Easton at Troika Gallery. 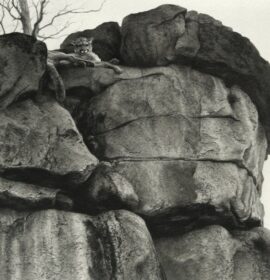