Pat Mathiesen, a painter and sculptor of Native Americans, wildlife and other Western subjects, was born on January 15, 1934, in North Hollywood, California, growing up there. Some of her sculptures include “Wyatt Earp at the O.K. Corral;” “Spirit of Crazy Horse;” “After the Battle at Wounded Knee;” “The Steer Buster;” and “Apache Mountain Spirit Dancer.” Horses are the subjects of two major commissions in the early 1970s for the American Quarter Horse Association, in Amarillo, Texas. Mathiesen’s twenty-four-foot-high Indian, “One With the Eagle,” was sculpted in 1989 for the Scottsdale Airport in Arizona. Mathiesen graduated from Hollywood High School in 1951, working on dude ranches and in Yellowstone National Park, Wyoming, during the summers of 1951 and 1952. In 1953, she studied at the California School of Fine Arts and the San Francisco School of Commercial Art, then worked for Western Airlines in 1955-1956. In the latter year, she moved to Phoenix, Arizona, where she became a travel agent until 1959, when she married David Mathiesen, a pilot. Moving to Valdez, Alaska, they ran a guide service for visitors interested in wildlife photography. Around the mid-1960s, the Mathiesens moved to Scottsdale, where Pat Mathiesen, nostalgic for the North, began to sculpt, though she had been a painter in Alaska. Her first two works were successful in the Scottsdale gallery world, and she went on to sculpt horses and other Western subjects, including historical figures. She began visiting the reservations of the Navajo, Hopi, Zuni and Apache Indians in the late 1960s, and, in 1977, the Crow and other tribes of Montana. In 1978, following a divorce the previous year, Mathiesen moved to a cabin in West Yellowstone with her two children. From 1978-1992, she divided her time between Scottsdale and West Yellowstone, settling in Gallatin Gateway, Wyoming, in 1992 until a final move three years later to Bozeman, Montana. Pat Mathiesen has exhibited at the Grand Central Galleries, New York City, Kennedy Galleries, New York City; Tucson Museum of Art, Arizona; Mountain Oyster Club, Tucson; Phoenix Art Museum, Arizona; National Cowboy Hall of Fame, Oklahoma City; George Phippen Memorial Art Show, Prescott, Arizona; Montana Historical Society, Helena; and the Western Heritage Art Classic, Billings, Montana. 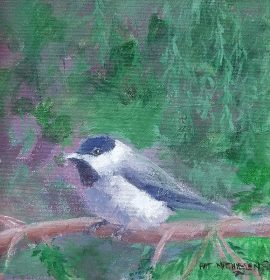